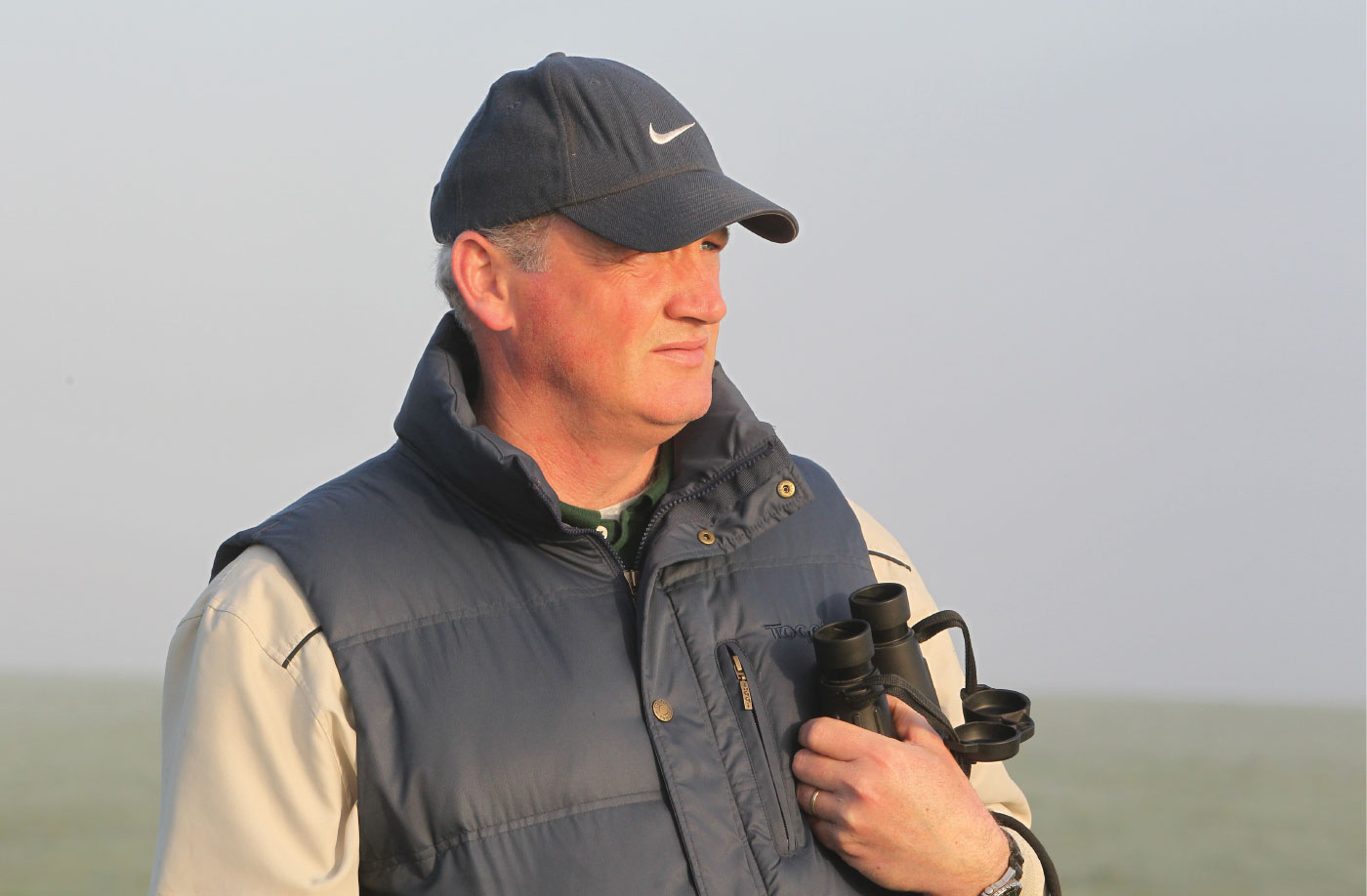 Racing is in Willie McCreery’s blood. He has spent his life surrounded by great horses and great racing people.

It is less than six years since Willie sent out his first winner as a trainer and he is now firmly established amongst the top ten Irish flat trainers. Based in Rathbride on the edge of the Curragh since 2010, he has made a notable impression in what is easily one of the most competitive racing jurisdictions in the world. With his father, Peter, having trained jumpers the calibre of Hilly Way, Daring Run and Seskin Bridge, he comes from a background steeped in racing and he has been busy making a name for himself since Toasted Special gave him his first winner at Cork in June 2008.

To date Willie’s standard bearer has been the remarkable Fiesolana, who excelled herself when coming to Ireland in 2013. A useful three-times winner on the continent, she then went from strength to strength to develop into one of the best fillies in the country. On her second Irish start she won a Premier handicap on Guineas weekend before embarking on a Group 3-winning spree which took in the Ballyogan, Brownstown and Fairy Bridge Stakes. There was better still to come later in the season when Fiesolana ran out a clear cut winner of the Group 2 Challenge Stakes at Newmarket, giving Willie his biggest winner to date. Another highlight of last autumn was the victory of Hurryupharriet in the Listed Harry Rosebery Stakes at Ayr in September – Willie’s first overseas Stakes race triumph.

Since he took out a licence to train Willie has built and consolidated on the progress of the each season to date. Results and prize money have improved every year and his 2013 season makes for impressive reading. Only seven trainers sent out more winners on the flat in Ireland during 2013. His winner to runners ratio came in at an impressive 42 percent and over half of his runners throughout the year have finished in the first four.

In addition Willie’s yard on the edge of the Curragh is ideally situated and offers each horse absolutely every chance of maximising their potential. The yard consists of 45 boxes, a two furlong covered wood chip gallop, 40 acres of turnout paddocks while it is perfectly placed for access to the Curragh’s training grounds which contains a host of grass, woodchip, sand and synthetic gallops.

Our head lad and an unflappable, calming presence in the yard Michael has worked in racing since he was 15 years old. A former jockey, he rode winners in the UK and has extensive knowledge and experience which he brings to bear on everything he does. The trainers he worked for before joining the team at Rathbride include legends such as Jim Dreaper, Jenny Pitman, Mary Reveley and Christy Roche with the Cheltenham winner Like-A-Butterfly a favourite from his time with the former champion jockey turned trainer.

With 18 winners trained last season, Buddy is renowned on the pony racing circuit as the man who started the careers of top jockeys including Jack Kennedy, Bryan Cooper and Ronan Whelan. Horses have always been part of Buddy’s life and after 30 years working full-time in the Kildare Chilling company,  and training flappers in his free time, Buddy joined the team at Rathbride as a work rider and stable lad.

John came to Rathbride Stables in 2013 after spells with Charles O’Brien and Godolphin amongst others. With 20 years experience in the industry, John’s love of horses shines through everything he does. Whether it is mucking out boxes, lunging or grooming John’s attention to detail and care for his charges is second to none.

Brought up around horses with his father and brother both working in the industry, a career in racing was inevitable for Sean. He spent 11 years at the Irish division of Juddmonte Farms, where he was involved in breaking and riding the yearlings and two-year-olds. The world champion Frankel was just one of the many top class young Juddmonte horses who were educated at the farm during Sean’s time there.

Kathy is the office administrator and she runs a tight ship. Qualified in accountancy, numbers are Kathy’s speciality and her ability to memorise figures is extraordinary. Previously she worked in the Channel Islands, TRI Equestrian and the Chief State Solicitor’s Office in Carlow before she took over the role of office administrator here at Rathbride Stables two years’ ago.

A highly-skilled and excellent farrier is vitally important for a yard to be successful and in Brendan we have one of the best in the business. From Clane, Brendan started his farriery apprenticeship after his Leaving Cert, joining Anthony Lynch to learn everything he possibly could about the trade. With 14 years’ experience behind him Brendan has shod some brilliant horses including our own Group 1 winner Fiesolana.