It’s an exciting time of year here at Rathbride Stables with the Flat season getting underway and the first of our runners hitting the track for what we hope can be another successful year.

Getting on the scoresheet early is always a boost and I think we have a potentially smart filly on our hands in the shape of Ickworth, who ran out a good winner on debut at Dundalk over five furlongs under Billy Lee. She came to hand early but looks as though she’s trying to grow a little at the minute and I’m looking forward to seeing what she can produce when getting on quick turf ground.

Hopefully she has a bright future for Godolphin, who also bred her, and the Listed First Flier Stakes at the Curragh in early May looks a suitable target for her. 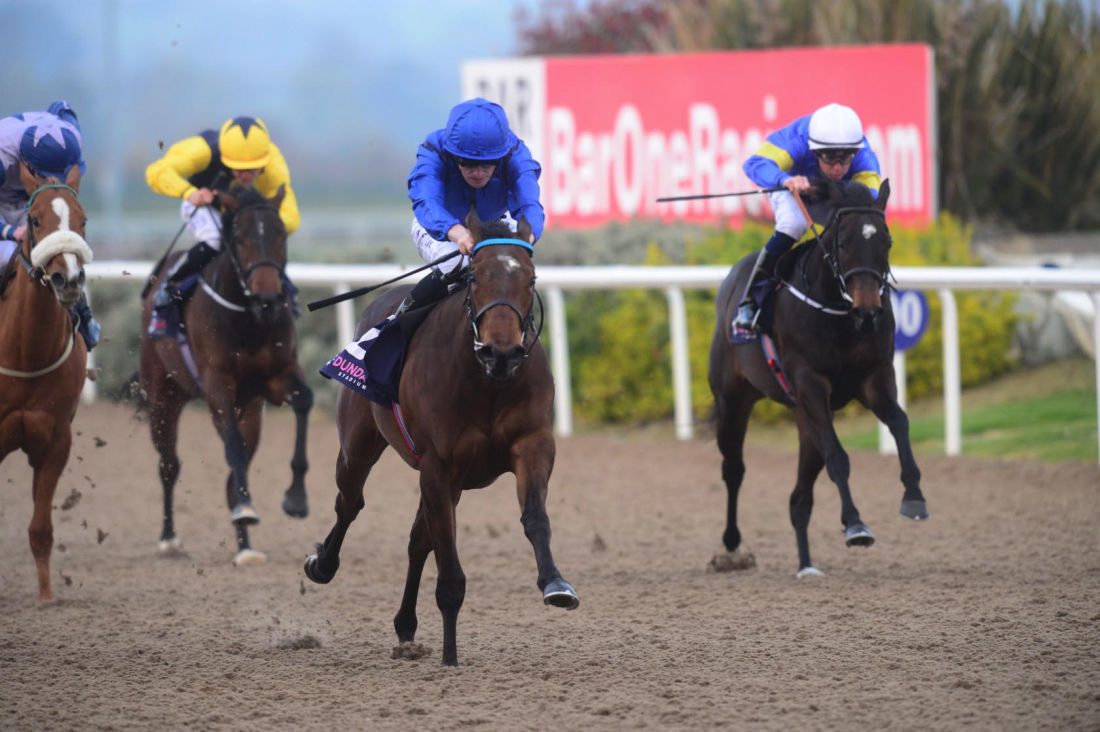 Our seven-year-old stalwart Downforce didn't have any luck in running on his comeback at Navan in the Listed Cork Stakes over five furlongs but we’ll be looking forward to getting him out again at Tipperary next month over a couple of furlongs further. He obviously shows his best when getting an ease in the ground.

Royal Canford had a good crack at a progressive winner when fourth on her handicap debut at Navan and the runner-up has since won nicely at Cork. Our filly, who runs in the colours of owner-breeder Michael O'Donnell, may well have finished even closer if making her challenge a little later but I was delighted with the run and hopefully she can get her head in front in the not too distant future.

I thought Heavens Align ran well when a good fifth on her stable debut at Dundalk and she looks a typical Shamardal who should show her best on good ground. Excelling Spirit didn’t bring her best on the first day of the season at Naas but was drawn higher than ideal considering the draw bias on the straight course. If she can get back to her maiden form of last season then hopefully she can be competitive again before long.

Luck in running counts for a lot in those big-field sprints at Navan and unfortunately Peshkova didn’t get the rub of the green on her first run for almost 150 days. She didn’t have any racing room at a crucial time but fingers crossed she can get a clearer passage when finding a similar opportunity again.

Raffaello ran better than his finishing position suggests at Navan on his first start since being gelded. I’d imagine the first few home in that maiden are pretty useful and it’s likely we’ll see the best of our horse when he steps into handicaps for owner-breeder Renzo Forni.

I’d expect Faerie Laws to improve for her comeback run at Navan when finishing midfield in a maiden won by a smart-looking Aga Khan colt. The Ballydoyle-trained third bolted up in a Dundalk maiden since and I’m looking forward to getting our filly into handicap company next time. She’s owned by a good group of people in the Onlyamatteroftime Syndicate.

It’s possible that Sweetest Taboo, now as an eight-year-old, needed her first run of the season at Dundalk off the back of a 156-day break and fingers crossed she can show improvement when getting back on turf, where she has three wins to her name.

The wheels are just beginning to get rolling here at Rathbride Stables and hopefully we can build on a promising start next month.