We were pleased to follow-up our four winners last month with the same tally for a busy June, the first of which came through the very progressive Coill Na Sionainne.

She was raised to a mark of 78 after her second win of the season over a mile at Leopardstown, now 32lb higher than when she had her first start for us in April. It seemed as though she got a little worked up before her next run at the Curragh, but that probably wasn't the place to run her. She's been great this season for her owners Nicholas Varney and Eleanor Kennedy. 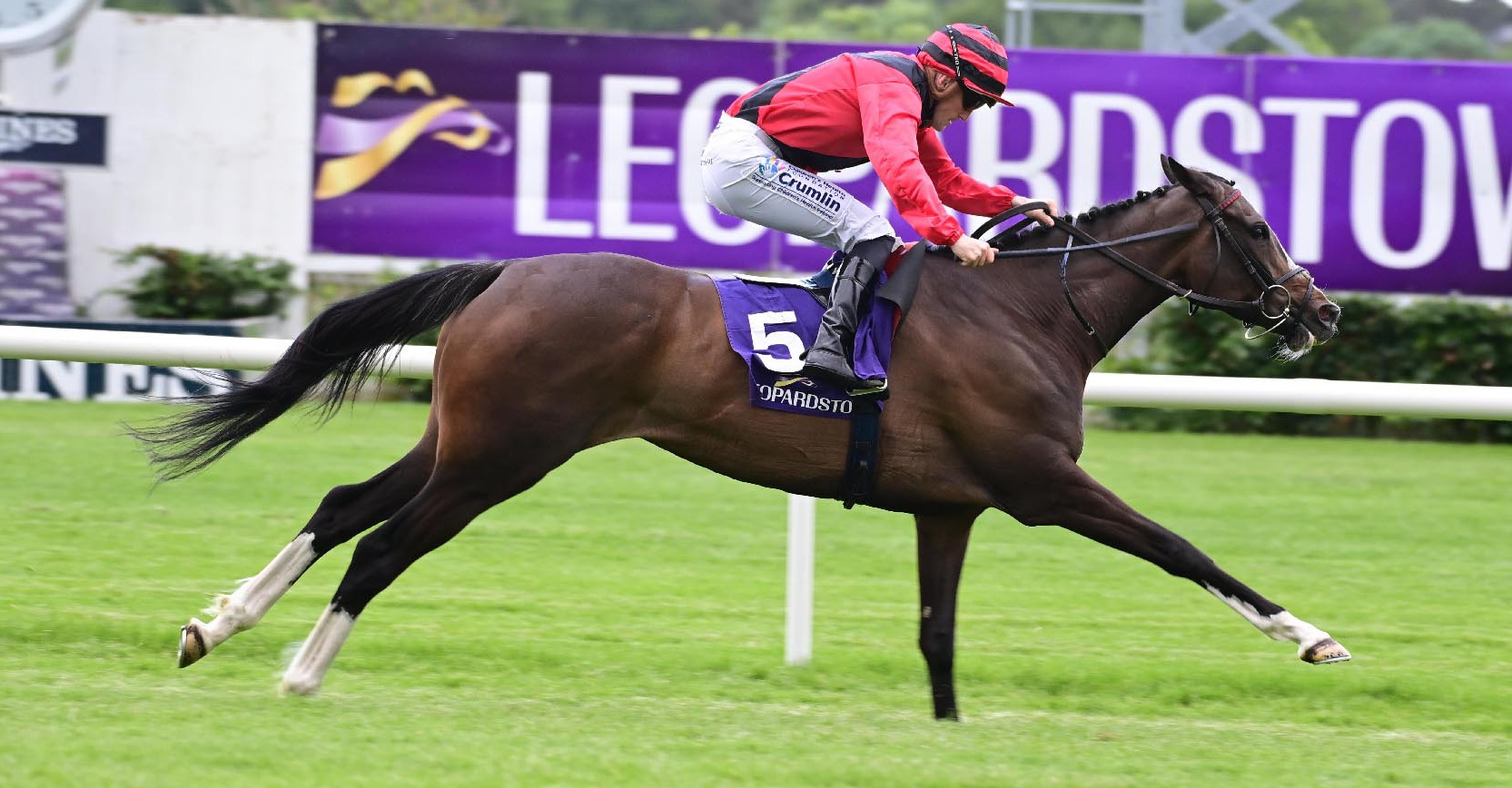 There's no doubt that Wood Ranger is a very hardy horse and it was great to see him win over six furlongs at Naas during the month. That was his second time to come home in front at that track for Noelle Walsh and hopefully he'll continue to progress.

A great win for Wood Ranger at Naas

We were delighted to get a double up on the day thanks to Mother Country, a lovely Godolphin filly who should have enough pace to drop down in trip after getting off the mark in a mile maiden under Billy.

Mother Country getting off the mark at Naas

There was also a great result for Renzo Forni at Down Royal when his homebred filly Cherry Bloom produced a smart performance to win a five-furlong maiden on her second start. She turned out again in Listed company at Tipperary towards the end of the month and I think she'll appreciate going six furlongs.

Epona Plays also carried the same colours in the Group 1 Pretty Polly Stakes at the Curragh when running a creditable race to finish fifth. We were thrilled with Insinuendo, who came home very well to finish fourth in the same race too, with her finishing time deemed the second fastest over the entire Derby weekend at the Curragh. Both fillies ran very well and there was only a short-head between them at the line.

A smart performance for Cherry Bloom at Down Royal

On the same card, I thought it was a cracking run from Jungle Jane to finish third in the Rockingham Handicap - a race she was runner-up in last year as well. We're looking forward to seeing how she gets on at Bellewstown at the beginning of next month.

The form of Up Helly Aa's opening runs of the season continue to be boosted and he finished fourth in the Listed Glencairn Stakes at the start of the month, with the third from that race since winning in Listed company on Derby weekend too. We're looking at the Group 3 Meld Stakes next month with him.

Punakha looks a promising three-year-old and she ran well when just touched off in a Gowran maiden, taking a step forward from her debut at Naas. We'll be doing our best to get her off the mark in a maiden before long.

It was Royal Canford's first start after a little bit of a break between races at Gowran when third during the month. She ran a cracker and we're aiming to get her back to the Galway festival again this summer, having won for her owner-breeder Michael O'Donnell at the meeting last year.

Bipartisanship just looked to be beaten by the outside draw and wide trip at Leopardstown when only going down by a length over seven furlongs. We'll have a think about possibly running her in the Group 3 Brownstown Stakes at Fairyhouse next month.

We were pleased with Parisienne Ways when finishing a good second as she stepped up in trip at Fairyhouse. The race probably didn't suit her next time at the Curragh but hopefully she can keep going in the right direction.

Even Flow was unfortunate not to win at Listowel when she had her pocket picked late on, and she filled the same position in a maiden at Sligo a couple of weeks later. Fingers crossed we'll be able to get her head in front in due course.

We gave Loveday a break after her fourth run of the season at Tipperary early in the month when third, and Mogwli - another by Bungle Inthejungle - has been fairly consistent and put in a decent run when third at Listowel too.

Cleopatra's Needle is a nice filly who came forward from her debut at Navan to finish fourth at Gowran for Godolphin. We'll look to run her at Limerick next month if the ground is suitable for her on the day. I'd imagine a mile and a half could suit her well.

We've been hitting the crossbar with plenty of seconds over the past couple of months, but here's hoping we can continue to get on the scoresheet as we head into the next few weeks of the season.