We were delighted to end July on a high note with three lovely fillies getting off the mark for 2020.

The highlight of the month was undoubtedly Royal Canford's win on day one of the Galway festival, I was delighted for her owner-breeder Michael O'Donnell. She's a smart filly and thankfully she had a low draw to help, as that can obviously be vital around there. The handicapper gave her an 8lb rise and we might go in search of some black type later in the year, but it was fantastic to see her win so well under Billy. 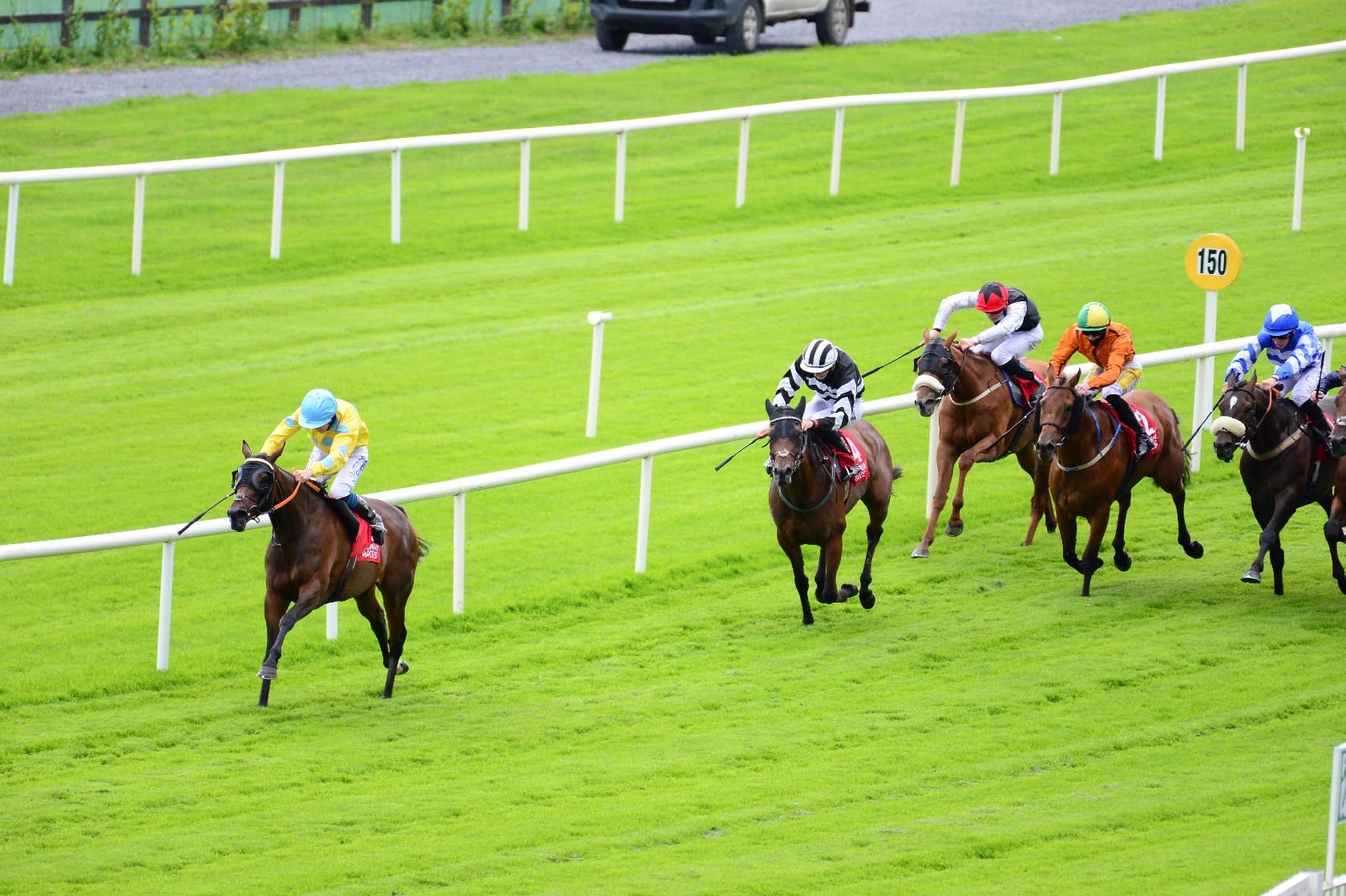 Highlight of the month, Royal Canford's win at the Galway Festival

There was a deserved change of luck for Epona Plays at Gowran Park during the month too - she definitely had earned her turn when winning a fillies' maiden over a mile. She was previously third in what was probably a hot race at Killarney earlier in the month and I think she enjoyed the ease in the ground at Gowran. We could run her back there again on August 12 for the Listed Hurry Harriet Stakes, which we were second in last year with Tipitena.

It was great to see Musical Rue get off the mark at Down Royal in a five-furlong handicap under Nathan also. The visor seemed to help her and she won nicely, with the handicapper giving her an 11lb rise. She's a well-bred filly by a good sire in the shape of Exceed And Excel, so fingers crossed she can continue to progress for her owner Susan Barton. We'll have a look at a premier handicap at Cork on August 8. 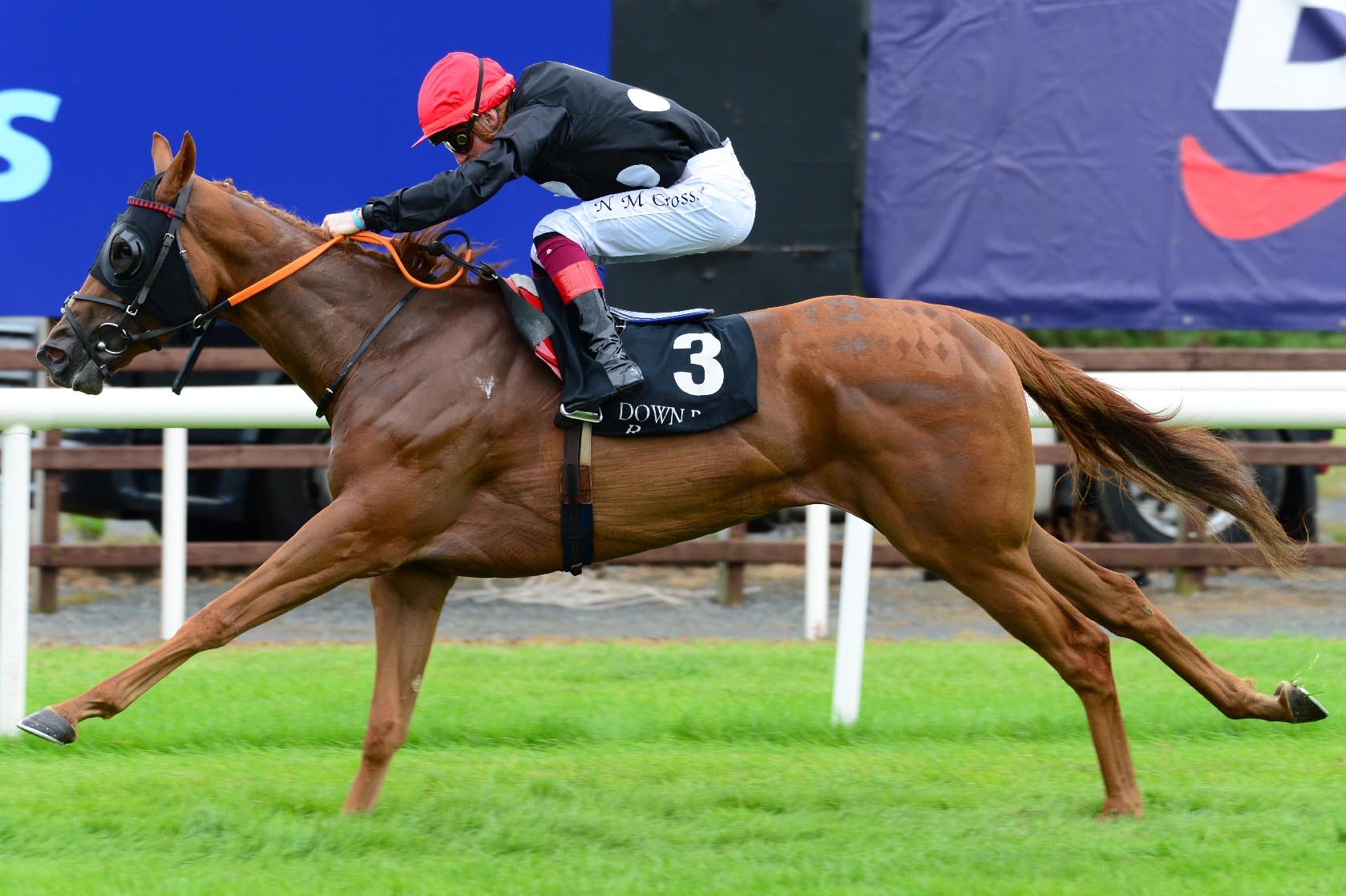 Musical Rue gets off the mark at Down Royal

Call Of The Jungle has been running consistently without quite getting her head in front, but hopefully she can get off the mark before long. She was third at Sligo in a bit of a messy race before finishing second at Navan and the Curragh. She'll have an entry for August 9 at the Curragh.

I'd imagine Fictitious Lady is a filly that we're going to take our time with as she's a lovely, scopey individual for Deerpark Stud. We were delighted with her run at Down Royal when just touched off in a fillies' maiden after being a little green. It's possible she could run at Gowran on August 12. There's a fillies' maiden over an extended mile and a furlong that could suit her there.

Roving Mission ran respectably when second in a maiden at Roscommon early in the month. She raced off level weights with the winner, who was rated 8lb higher than her, so hopefully she can build on that when having her next start at the Galway festival.

Lisabetta finished a decent fifth at Naas behind a high-class winner. She's an honest filly who tries hard and she'll have the option of a fillies' maiden at Sligo on August 7.

Another two-year-old we were delighted with on his first start was Huddle Up. I thought that was a lovely run and we're looking forward to seeing how he gets on. All being well, we'll see some more two-year-olds starting off for us over the next few weeks.

Kristall Eye wasn't disgraced in fifth on her handicap debut at Gowran from a wide draw but we think she needs to try a little harder. Fingers crossed she can take a step forward and pick up a handicap.

There was another solid run from Romantically when fourth in a Ballinrobe handicap and she can continue to hold her own in staying handicaps. Lady Ironside didn't run badly in a fillies' maiden at Killarney on what was her second start and hopefully she'll progress too.

We haven't run Up Helly Aa yet this season but he's in good form and we've given him an entry for the Desmond Stakes at Leopardstown (August 13) and the Royal Whip Stakes at the Curragh (August 14). We're looking forward to seeing how he gets on this year as a four-year-old.

Obviously it's a shame that owners can't join us on the track at the moment due to restrictions on outdoor gatherings, but I don't think they are missing out on any atmosphere from racing behind closed doors. It's a very different experience to racing as we know it.

Whenever it is that owners are allowed to come back racing, hopefully there are facilities available for them to properly enjoy their day. All of us here at Rathbride Stables will be doing our best to keep everyone safe in the meantime.